During the annual condition inspection this year, I was tightening the three screws which hold the brake disc onto the wheels.  One of them was not tightening.  I thought that maybe I had stripped the head.

Turns out the threads in the wheel are what got stripped.

I called Matco to see if a helicoil was an approved fix. While waiting for a callback from an engineer, I pulled the wheel because whether I could use a helicoil or had to replace the wheel, it was going to have to come off anyway.

Once it was off, I looked at the hole and decided that replacement was the only option. 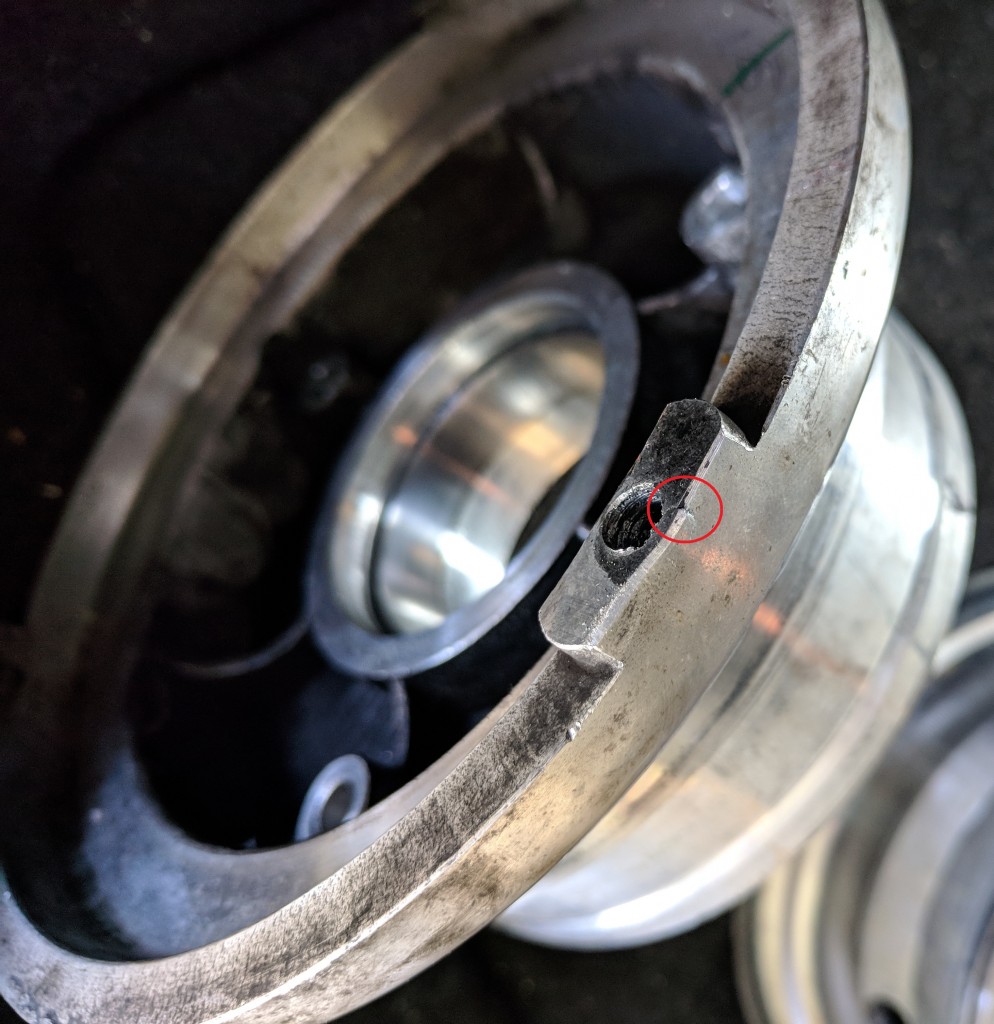 The crack around the hole makes fixing it a non-starter.

When I spoke to Matco, they said that if I sent them the wheel that they would replace the half with the crack for $90.

So off it went.