Many years ago, before I realistically even considered learning how to fly, I saw a picture of a Beech Starship. Designed by Burt Rutan in 1979, it was an aircraft way ahead of it’s time. It’s easy to see how they came up with the name. Definitely futuristic. 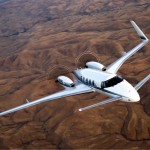 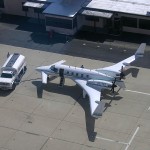 Video of the Starship

After getting my pilots license in 1998, I began planning on building an airplane that traces it’s lineage back to the Starship. The airplane I’m looking at is similar to another Burt Rutan designed Varieze. 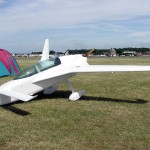 But the Varieze and the Long-EZ are both two seat tandem (one person in front and the second in back) airplanes. What I needed is a four place airplane. 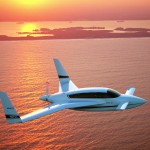 I went down the Sebastian, FL in the fall of 1998 and visited the factory where the parts are manufactured. I had a 24×20 space next to a two-car garage so if necessary, I could take down the wall and have plenty of room for the build project. But then… life happens. We had to move from GA to the Chicago, IL area. Not knowing if I would have space to build an airplane, the project got put on indefinite hold until I knew I would have a place to build. We ended up about 50 miles outside of Chicago. The house we bought had a three car garage but up here in the winter, putting cars in a garage at night is an incredible convenience. So we waited.

In October 2000, I got my instrument rating. 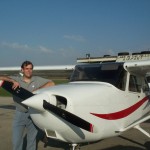 As we had no place to build, we decided to buy a plane. We ended up with a 1981 Cessna 182-RG. The 182-RG is a very good all around airplane. Good useful load, 4 seats and pretty fast. Over the past 7 years, I’ve accumulated about 500 hours in the airplane with most of those hours in trips of 2 hours or more. 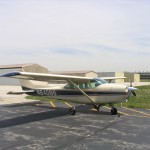 Well Ann kept telling me we should build a shop as all my tools were crammed in one bay of the three car garage. I kept putting it off as it seemed like waste of funds since I couldn’t justify the expense since we probably wouldn’t recover it when we sold the house. But she was persistent and I finally agreed to build a shop. Once that was finished, it was time to start thinking about a Velocity.