It’s time to build the strakes. It’s kind of hard to describe the strakes so I’ll use visual aids.

Here’s the top view of the fuselage. 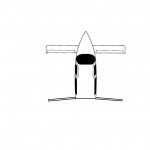 At the rear is the center spar extending out the sides. The main wings will attach to this spar.
Here it is with the wings attached. 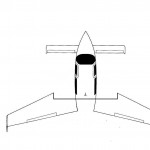 On airplanes with aluminum wings, they’re hollow and hold fuel. Velocity wings are a solid foam core and can’t be used to hold fuel. So an interface between the leading edge of the wing and the fuselage is created that will hold the fuel. 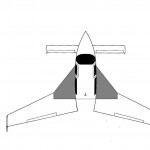 The shaded area are called “strakes” and will hold (hopefully) about 40-45 gallons of fuel on each side. But here’s the catch: To properly build the strakes, the wings need to be mounted. But I don’t have a big enough shop. With both wings on, the shop is about 12 feet too short.

Here’s a picture with one wing on. 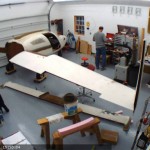 I could build the strakes one side at a time but that creates some problems.

So I fussed about whether to build a temporary extension so that I could fit both wings on, do it one side at a time or send it out to a facility where I could do both sides.

Because this will determine how true the plane flies, I decided that caution rather than blindly fumbling in was the best course of action.

Malcolm at Hangar 18 was busy with two builds so he wasn’t available. I met Tom Wright at Oshkosh last year. Tom owns Advanced Composites Technologies. In addition to having build numerous Velocities, he’s also builds UAV’s. Malcolm said that Tom did good work so I made arrangements to ship the plane to Tom’s shop in Friedens, PA.  Then I’ll make the short flight out in the Cessna to work under the guidance of someone who has built a few strakes so that it’s done correctly.

Getting the plane on the trailer 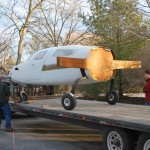 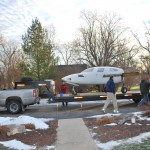 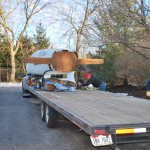 Loaded up with the wings underneath, strapped down and placarded. 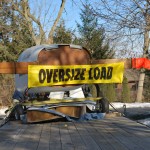 The battery on the truck was dead and I couldn’t get any of our cars in position to jump.  So I pulled the 1965 International Cub Cadet out. 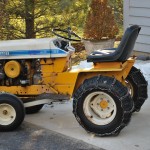 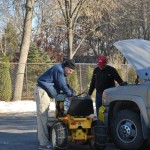